You are at Home 2017 December 8 Events THE FAMILIARIZATION TOUR OF THE COMMERCIAL COURT OF ZAMBIA BY THE HON. DEPUTY CHIEF JUSTICE OF NAMIBIA

THE FAMILIARIZATION TOUR OF THE COMMERCIAL COURT OF ZAMBIA BY THE HON. DEPUTY CHIEF JUSTICE OF NAMIBIA

It is envisaged that the familiarization tour will culminate into a common platform for sharing learning experiences for Namibia which is in the process of establishing a Commercial Court.

In her remarks that marked the official opening of the familiarization tour, Hon. Mrs. Justice Mambilima said that “the World Bank states in its Ease of Doing Business Report that economies that rank high on the ease of enforcing contracts are those that continually reform their courts to adjust to changing business realities. That these economies keep their courts efficient by, among others, introducing case management, strict procedural time-limits and specialised commercial courts or e-courts; by stream-lining appeals; and by making enforcement of judgments faster and cheaper.”

The Hon. Chief Justice reiterated that the main driving force behind the creation of commercial courts is the desire to facilitate resolution of disputes relating to commercial transactions in a quick, efficient and effective manner, and consequently having the judiciary as a catalyst for economic growth in the country.

In highlighting the success story of the Zambian Judiciary, the Hon. Chief Justice said that “by extension, the Supreme Court has set up an adhoc commercial list to deal with appeals emanating from the Commercial Court. I can safely say we are up to date with Commercial appeals. The Supreme Court is hearing appeals filed in 2017”.

“This is a major milestone for us as we have not only managed to speed up disposal of cases but also reduce the backlog of pending judgments. The Commercial list is now a division of the High Court following the amendments to the Constitution of Zambia on 2nd January, 2016. Our hope is to extend the commercial list to other parts of the country, with Kitwe being the first of this roll out,” the Hon. Chief Justice said. 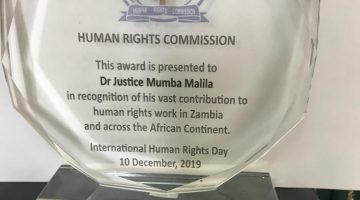 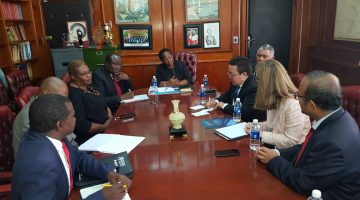 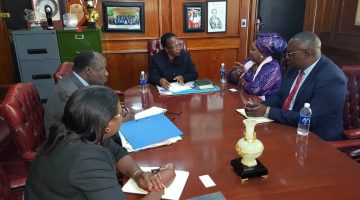