THE TASK FORCE ON BACKLOG LIVINGSTONE

27th February, 2019 – the Task Force on Backlog held a consultative meeting with lawyers in Livingstone aimed at bringing to the attention of lawyers the efforts of the Judiciary in dismantling backlog. Hon. Mr. Justice Nigel K. Mutuna, Chairperson of the Advisory Committee on Court Annexed Mediation and Delay Reduction, gave a brief background to the Task Force on Backlog to those in attendance when he said that “The Constitutional mandate of the Judiciary is the speedy delivery of justice, which can only be achieved through, among other things, the dismantling of backlog. Effective March 2015, it has been the vision of Her Ladyship the Hon. Chief Justice Hon. Mrs. Justice Irene C. Mambilima to ensure that backlog at the Judiciary is dismantled”. He informed the lawyers that the Task Force on Backlog was formed in June 2018, comprising six (6) Judges, who have been assigned to a countrywide exercise to handle matters in backlog at the High Court. Justice Gertrude Cahawatama, Judge-in-Charge Lusaka High Court informed the meeting that the Task Force brought up 10 000 case records and reviewed them to establish how many were in backlog, and discovered that approximately 5000 case records were active and needed urgent attention. Thus far, most of these have been dealt with, and that she expects the exercise to be concluded by July 2019. As a result, the Task Force has now moved to Livingstone where the records have been brought up which are targeted for the exercise, and will be reviewed by the judges in readiness for commencement of the exercise in March 2019. Justice Mutuna reminded the lawyers that decongesting the court systems involves concerted efforts of all stakeholders. He emphasised the need to use other methods of dispute resolution such as mediation, which not only help the lawyers and litigants conclude matters in a speedy manner, leading to a reduction in costs, but that mediation also helps in decongesting the already clogged court system. Both Justice’s Mutuna and Chawatama commended the President of the Law Association of Zambia (LAZ), and through him the members, for the assistance rendered to the Judiciary in the exercise. This they said is as it should be, because LAZ as a major stakeholder of the justice delivery system plays a major role in the speedy dispensation of justice. In response, Mr. Mutale of EK Mutale and Company, on behalf of the Law Association of Zambia, commended the Judiciary for the initiative, and thanked the Judges for engaging counsel and addressing the various queries they raised. He also commended the Judge-in-Charge at Livingstone for effectively managing the situation thus far. In attendance were Hon. Lady Justice Chilombo Maka-Phiri, Judge-in-Charge, Livingstone High Court, members of the bar and other court officials. 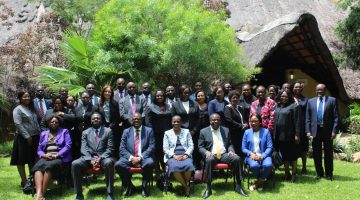 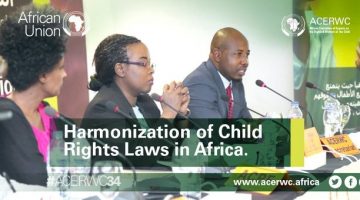 Hon. Lady Justice Maria Mapani Kawimbe, has been elected for another term as the 2nd Rapporteur in the 2019-2021 Bureau of the Committee … 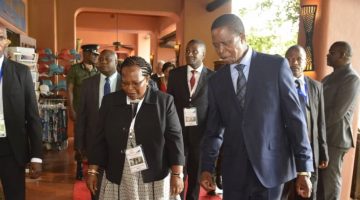 21st Common Wealth Law Conference “The Rule of Law in Retreat? Challenges for the Modern Commonwealth”